The award was presented by the Vice President of the Nation, Gabriela Michetti along with the Senator Omar Perotti. 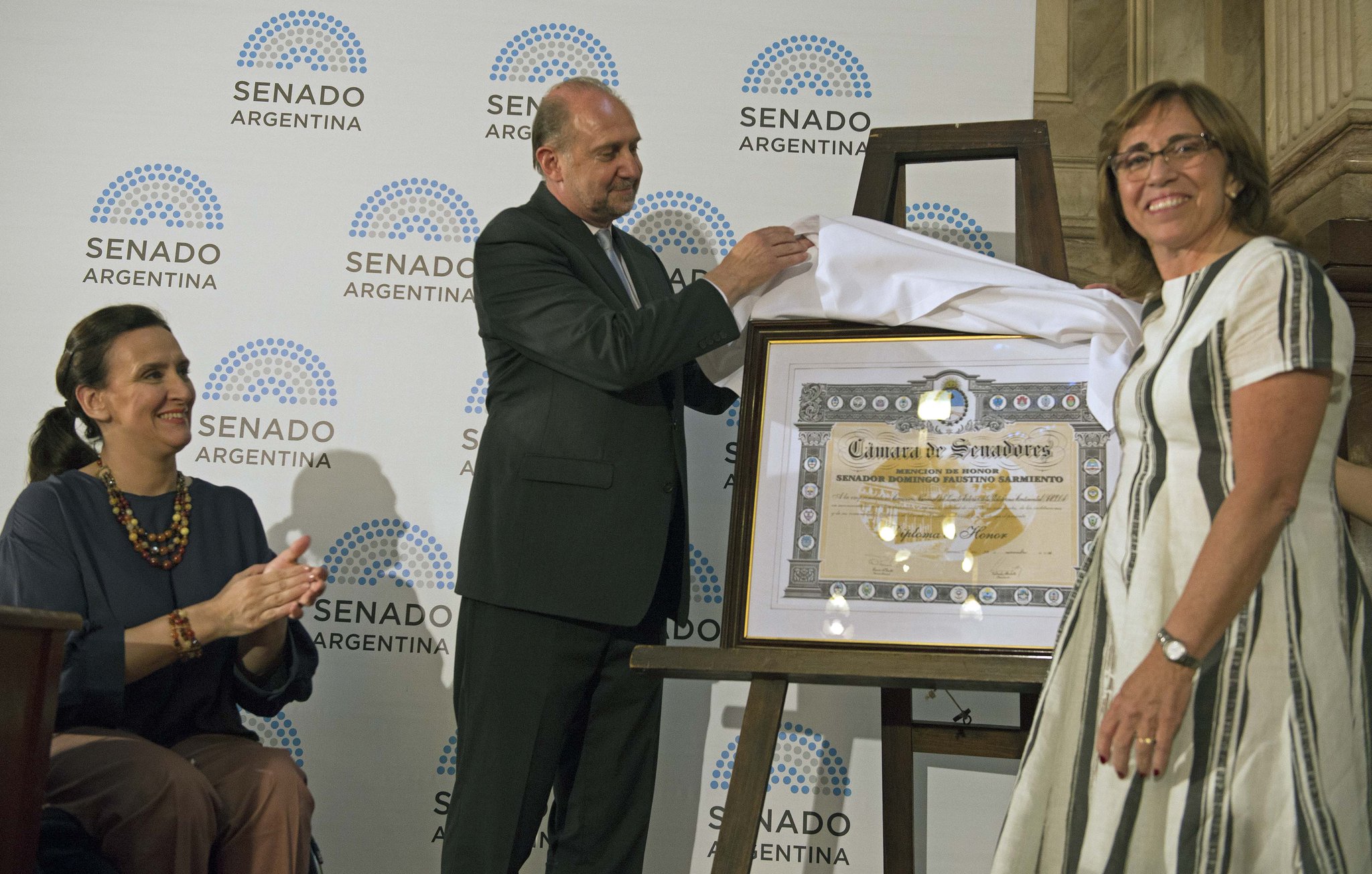 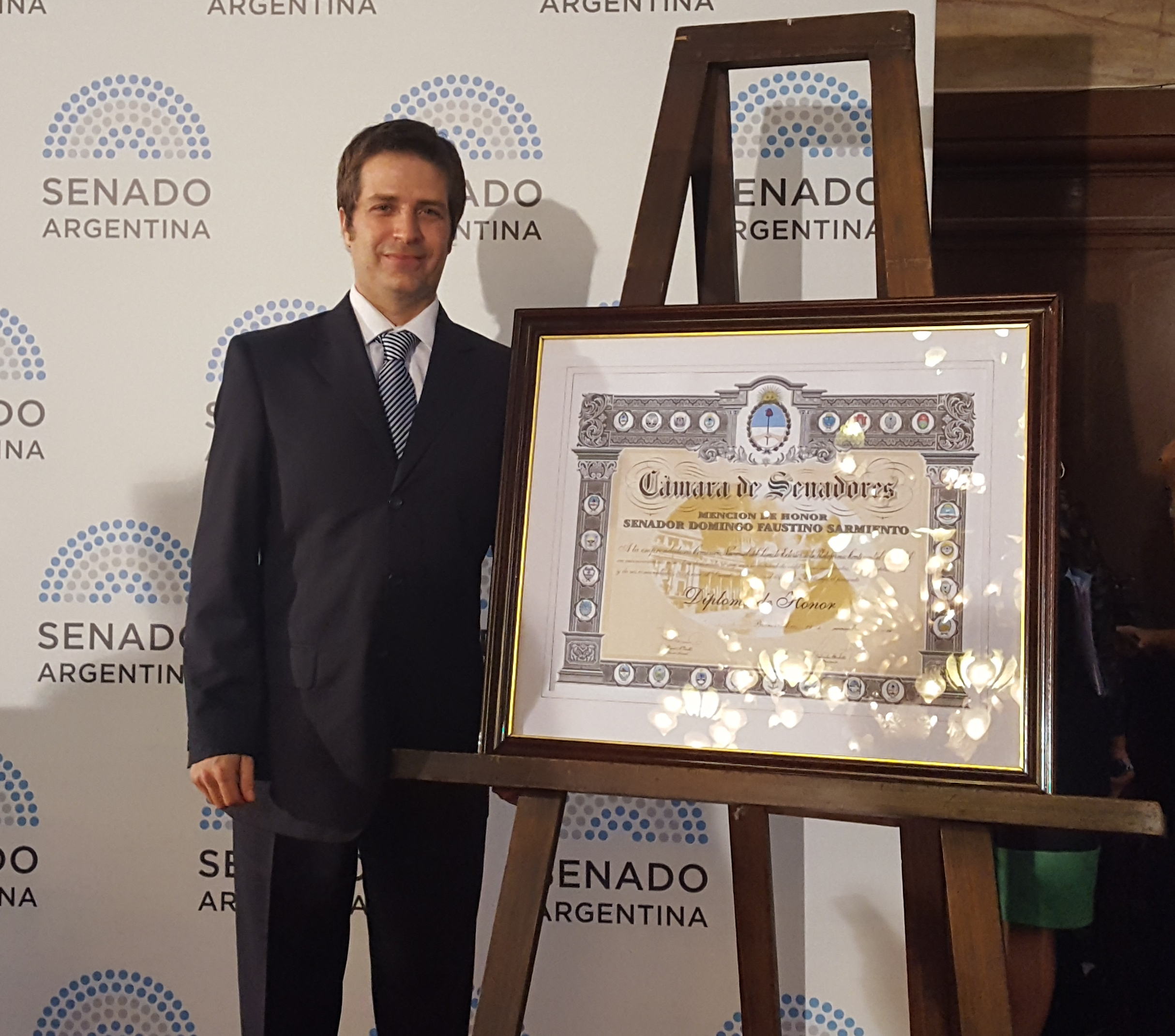 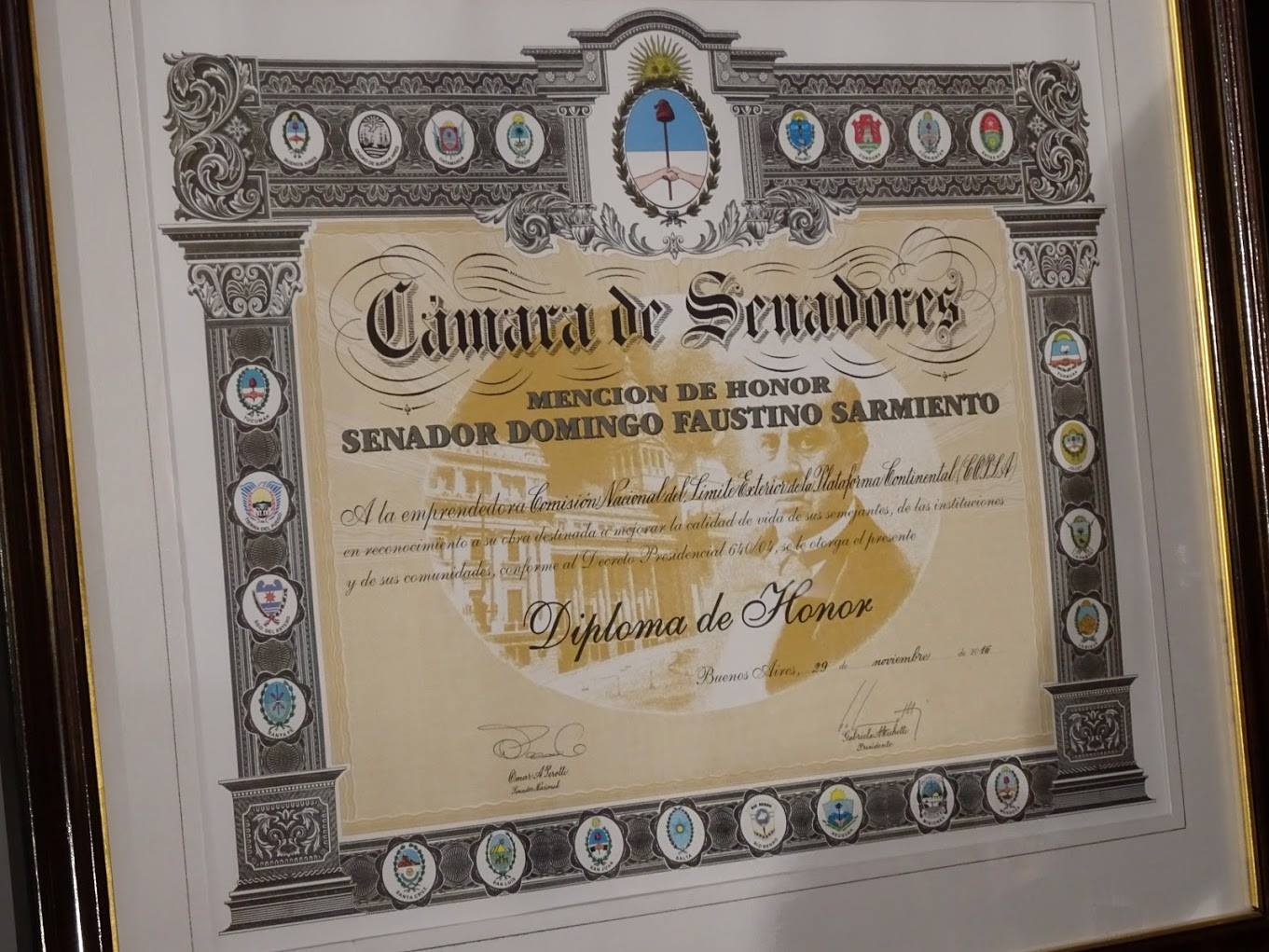 The Honorable Mention “Senator Domingo Faustino Sarmiento” is the highest award given by the Honorable Senate of the Nation to natural or legal persons of the cultural, sports, professional and academic work, for his entrepreneurial work aimed at improving the quality of life of another individuals, institutions and their communities. The ceremony was made in the “Salón Azul” (Blue Room) of the Honorable Senate of the Nation.

Minister Susana Malcorra could not be present since she has traveled to Cuba for the funerals of Fidel Castro in representation of Argentina.

[1] The Limit was approved on 11 March 2016 by the United Nations, by consensus, ie without a single vote against. See: The Outer Limit of the Argentine Continental Shelf.